Let's talk about pre-workout supplements for a minute: They are on the shelves of every nutrition store, with many sporting claims like "Increased Muscle Growth," or "Heightened Performance;" but just how much good do they do? We took a look at products making similar claims to come up with some rankings and an overall value assessment.

What Is Gnar Pump?

Gnar Pump is a pre-workout supplement designed to heighten energy and performance during your workouts.  The goal is to get you feeling energized, confident, strong and ready to go, so that you can maximize results from your workout routine. This product boasts endurance, muscle growth, and a "bro-tastic" experience!

Gnar Pump was created by people associated with the YouTube channel BroScienceLife, which is known for videos that poke fun at the serious attitudes of other fitness channels. BroScienceLife used their growing popularity as a platform from which to launch Gnar Pump under the clever company name Bro Supps.

Not only does Gnar Pump boost energy and endurance with its ingredients, but its marketers claim it will also make your muscles appear bigger while using it. The only remaining question - Does it really work as intended? If so, this could be a must-have to integrate into your routine. Note: If weight loss is your goal, this is probably not the supplement for you. We recommend researching fat burners or dietary supplements instead.

Gnar Pump is composed of a mixture BroScienceLife calls its Freak Beast Custom Blend. Like other supplements, it uses active ingredients known for their energizing properties: creatine, beta alanine, taurine, and caffeine. Then, there are seven other included ingredients that may have little to no effect, such as periwinkle leaf extract and Yohimbe bark (supposedly for improved focus, but we found no confirmation that this is a proven effect).

It's worth noting that even with all these 11 ingredients, Gnar Pump doesn't quite measure up for the amounts of beta-alanine and caffeine included, as there is quite a bit less than you'll find in most other supplements. The result? Well, some users find it a little less gnarly than expected when it comes to that sought-after energy burst. Be aware that caffeine is included, so if you typically avoid caffeine in your diet, this is not the product for you. Also, you should avoid this product if you're using antibiotics or ephedrine as an antihistamine.

How to Take Gnar Pump

To use this product, you simply mix one scoop of Gnar Pump powder in with an 8-oz. glass of water and drink it. Some experienced supplement takers may use two scoops, depending upon what they're looking for in their workout.

There are three different Gnar Pump flavors available: House Music Blue Raspberry, Komodo Dragon Fruit Punch, and Optimus Lime. None of these flavors are what we would describe as especially tasty, but they're drinkable. We recommend adding the powder to a fruit smoothie to improve the taste with some natural fruit and flavors. We are aware, of course, that supplements are not known for their delicious flavor, but this is one of the weaker options out there when it comes to taste.

Gnar Pump is actually one of the safer pre-workout supplement options on the market. With lower doses of caffeine, you can expect a lesser risk of jitters or major caffeine crashes. Just be aware of your extra caffeine intake over the course of your workouts (especially if you're a regular coffee drinker), as this can lead to caffeine dependency or addiction. With the use of any pre-workout supplements, make sure you are getting proper rest and maintain a healthy diet.

We picked a few similar products available on the market to see how they compare.

Gnar pump is easy to use. Just mix the powder well with water or a fruit smoothie and enjoy.

This product contains the ingredients we love to see in our pre-workout supplements, but also has a few that we're unsure of. The ingredients are:

The caffeine level is lower than that of many other pre-workout supplements, and this makes for a less stimulating effect.

There may be three flavors to choose from, but unfortunately, they're not very good.  House Music Blue Raspberry, Komodo Dragon Fruit Punch, and Optimus Lime leave a lot to be desired, according to reviewers' taste buds. A good chaser is a great idea to avoid aftertaste.

Overall, this product works as intended, and while there are ingredients that may not have much of effect, the key ingredients are there. This product is ideal for beginners who may have never used energy/workout supplements before and aren't quite ready for something with a higher dosage. 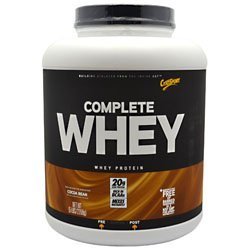 Cytosport whey protein powder boasts 27 grams of protein per serving but just 140 calories. It mixes well in a fruit smoothie or an 8-ounce glass of cold water. There is a nice chocolate flavor and no odd or unpleasant aftertaste when you're done. Each bag comes with 80 servings.

This is an easy supplement to use. Just mix the powder with water or a fruit smoothie and enjoy.

The typical ingredients we would expect to find in a whey protein powder product are present in this Cytosport blend. These include:

Not bad! Not amazing, either, as: Let's face it, it's a protein powder, it's probably not going to be amazing for the taste alone. But this powder has a pretty decent chocolate taste to it!, with some have even compared it to Cocoa Puffs cereal.

This is a great whey protein powder overall. It's easy to take, and it delivers the desired results. This product will get you ready for good workouts. 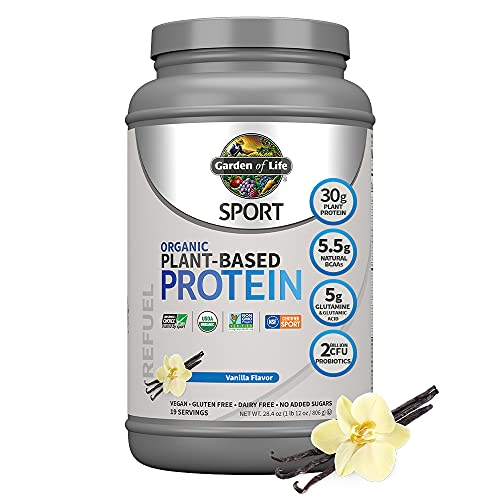 This protein powder is for those who may want to stay on a more plant-based diet and keep away from whey protein and dairy-based products in general. It contains 30 grams of plant-based protein per serving. This certified organic product is recommended for bodybuilders, athletes, and anyone who engages in intensive workouts.

Easy to use! Just mix with water or a fruit smoothie and enjoy!

All the ingredients in this supplement are plant-based, making it one of the best vegan-friendly options out there! It contains:

The taste leaves a bit to be desired, but paired with the right non-dairy milk, it can definitely be improved upon. You can try it with an unsweetened almond milk or even add it to your breakfast cereal.

This is a great plant-based protein powder that will deliver great results for muscle growth and recovery. 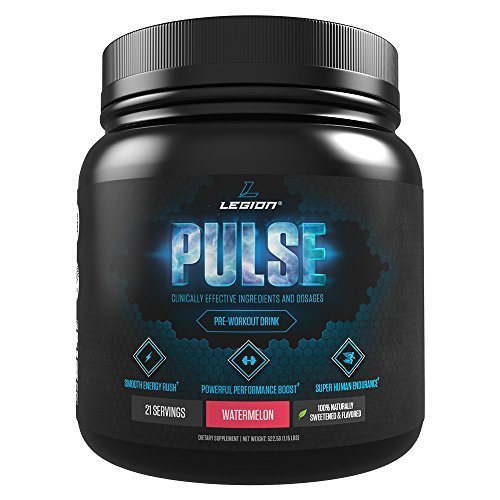 This is Legion's signature pre-workout supplement. It contains 350 mg of caffeine per serving. That's almost 4 cups of coffee, making this one of the strongest pre-workout supplements you'll find, per serving, for boosting energy. It also includes 6% of the daily recommended intake of sodium and potassium!.This supplement is formulated to reduce fatigue and increase power, focus, and endurance.

This Legion Pulse product is simple to mix and drink.

This product contains many ingredients you'd expect to find in most pre-workout supplements, in a bit of a higher dosage. It contains:

There are 350 mg per of caffeine and 4.8 grams of beta-alanine per serving, making this protein powder one of the highest-dose options for these ingredients available on the market. These amounts of caffeine and beta alanine may be uncomfortable to your body if you're not used to ingesting at these levels. If you feel that the dose is just too much, you can always change to one scoop instead of two.

Legion Pulse comes in 5 different fruity flavors: Fruit Punch, Grape, Green Apple, Blue Raspberry, and Watermelon. The taste is pleasant and surprisingly good, but with a slightly bitter aftertaste. Take a big gulp and it goes down easily.

Overall, this a great option for those looking to maximize supplement impact and get the biggest kick from each serving. Muscle growth and raised endurance/energy during your workout are definitely present.