It's time to stop pretending like we aren't all obsessed with shoes, especially sports shoes like the Adidas Ultraboost ST. In the United States, men spend almost as much money as women on shoes every year. In fact, men are getting into the shoe game in numbers never seen before. During 2016, men spent $26.2 billion on shoes, up $2.4 billion from the previous year. When you compare that to women, who spent $30 billion, it's clear that it's time to stop acting like chatting about fantastic footwear isn't a good time in everyone's book. Discussing footwear is especially exciting when you're talking about a shoe like the Adidas Ultraboost ST.

If you are old enough, and lucky enough, you likely remember when Run DMC showed up in their Adidas in a music video. They even wrote a whole song about the brand. It was at that moment that millions of Americans fell in love with the brand back in the 80s, and the popularity of Adidas hasn't waned since. Considering that was decades ago, and Adidas is still dominating the shoe game, it's no wonder the shoes we are talking about today are taking the world by storm. So what's the big deal about the Adidas Ultraboost ST? Is it all just hype?

Before we get into the cool design features of this shoe, let's talk about the word "Ultraboost" for a second. On the internet, it's spelled in two different ways; it's either spelled "Ultra Boost St," or "Ultraboost ST." On its website, Adidas uses "Ultraboost ST," so for our purposes today, we will do the same thing. Just keep this in mind when you are searching for these shoes -- slightly different word, same amazing shoe.

Features of the New Ultraboost ST

The new ST design still has all your old favorite features. These include a super breathable Primeknit panel that wraps over the top of your foot for a snug fit that breathes and never pinches, a Boost midsole that delivers energy as the shoe hits the ground, and a Continental stretchweb outsole that gives superior grip in all weather conditions. The outsole is made by the same company that makes tires, Continental, and we think that's awesome. You can even get a pair of Ultraboost shoes custom-designed with the exact colors you choose. So what's different this time around?

The new Ultraboost ST has slight variations to the "upper" part of the shoe -- which is the part that wraps around the top of your foot. While this seems small, one reviewer noted that the changes significantly improved the overall "fit and feel" of the shoe. Adidas added tighter stitching around the midfoot, as well, for a more secure fit. For added comfort, instead of the plastic Adidas strips on the old Boost design, the new ST sports a softer cloth version that hugs around your feet. These stability shoes are a good fit, no matter your sport.

Note: Testers noted that because of the new design elements, the shoe fits about a half size large. Keep that in mind when you are shopping for a pair of your own.

What is it that makes the Adidas Ultraboost ST so comfortable? Partly, it's that piece of Primeknit that covers the top of your foot. Customers are raving about the comfort that it provides. One man training for a marathon said he loved the way he could move the front of his foot around. He said that the shoe is a snug fit without feeling "caged."

Adidas cornered the market when the company literally bought all of the Boost foam it uses in the Ultraboost ST. This foam not only delivers extra energy every time your foot hits the ground, but it's also some of the most durable stuff on the market. One reviewer stated that even after 200 miles in the shoes, they did not have a "sunken-in recliner" feeling. Watch out for copycats; the other guys literally can't get their hands on the Boost foam needed to make a comparable shoe.

Now, even though these shoes are truly changing the game, customers do have a few complaints. Let's dig in now and talk about what those are.

We just talked about how much these shoes cost. Understandably, there are customers that aren't thrilled with the super-high price point. However, others point out that because of the Ultraboost's longevity, it's worth the extra coin. Next, let's talk about how much they weigh. Compared to other shoes in the same class, the Adidas Ultraboost ST is a little bit heavier. Most reviewers noted that it wasn't enough extra weight to cause them to change their minds.

The final downside concerns the heel of the shoe. A few reviewers stated that there is that extra flap of fabric on the heel. Reviewers noted that the extra fabric was slightly uncomfortable. A few others said that the cut on the heel is too low, and it feels a little like they could step out of the shoe too easily -- although they did note they never slipped, it was just the initial feeling. Depending on the shape of your foot, perhaps you should make sure to try them on in a brick and mortar store first.

How Does the Adidas Ultraboost ST Compare to the Competition?

In this section, we are going to talk about how the Adidas Ultraboost ST compares to its competition. Today, we compared the Ultraboost ST to the Nike Epic React, the New Balance 880v5, and the Asics Gel Cumulus 17. How did Adidas stack up to the other brands? Read on to find out. 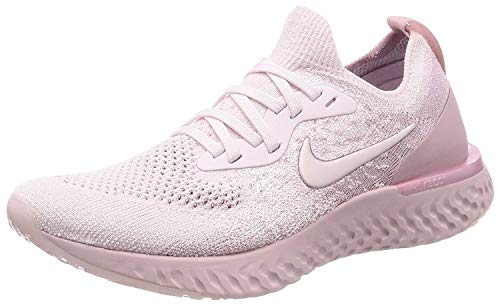 First, we compare the Adidas Ultraboost ST to the Nike Epic React. The Epic React is comparable in many ways to the Ultraboost ST, but how does it really stack up? We found out what customers are truly saying about each of them.

First, Nike's Epic React running shoes are priced comparably with Adidas' Ultraboost STs. Next, let's talk about comfort. Someone noted that with this shoe, there was a significant amount of time needed to break them in. On Amazon, one customer noted that after she wore the Nike Epic React for the first time, she ended up with blisters on both of her heels.

Additionally, according to some runners, these shoes tend to occasionally make an annoying popping sound when they hit the ground. Many customers find the noise bothersome. Also, for many people, the fabric that covers their foot is too restrictive and unyielding. That stiffness provides an uncomfortable experience for people with wide or tall feet. There are indeed many people who love these shoes, but it seems for most they fall flat.

The Nike Epic React's durability is comparable with that of the Adidas Ultraboost ST, but at what cost? The design, popular with some people, is a turn-off for others. With a plastic piece on the back and extra bit of sole that sticks out, the Epic React resembles a swimming flipper instead of a shoe. A lot of people like the design, but, like the fit of the shoe, it takes some getting used to.

The foam Nike uses is as durable as that used by Adidas but lacks the energy return entirely. One customer even went so far as to say that his Epic Reacts drained his legs of energy more quickly than other running shoes because the foam is too rigid. Nike customers also noted that the Epic React's soles are great for gripping dirt and concrete. However, they also proved to be too firm and plastic-like which makes them slippery on floors like in a gym.

Nike's Epic React shoes are popular enough for some customers. A few of the reviewers stated that "they will do fine." Considering, though, that for the same amount of money you could have a pair of Ultraboosts -- perhaps it's best to stick with Adidas until Nike gets its design quirks worked out. 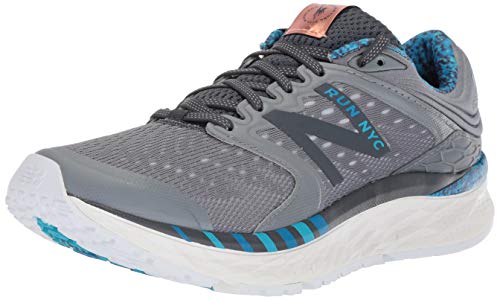 And now let's talk about the New Balances. With a plethora of muted colors to choose from, as well as a sleek, lined design, the New Balance 880v8s genuinely look pretty sharp. Their pleasing appearance put them on par with the Adidas Ultraboost STs as far as looks are concerned.

Now let's talk about design. If you are in the market for a supportive shoe that helps deliver energy like the Ultraboost, the New Balances are not for you.  While the 880v8s design works for some people, it is a huge disadvantage in comparison to the Ultraboost's Boost foam technology. 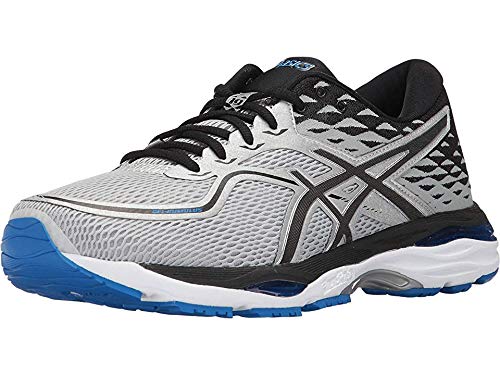 Finally, we will compare the Adidas Ulstraboost ST with the Asics latest in the Cumulus series, the Cumulus 20. Asics has had 19 previous iterations of this shoe, so how does the 20th stand up to Adidas?

With a multitude of color selections, the Cumulus 20 is one beautiful shoe. The fabric layer that covers the toe is eye-catching and different from any other shoe on the market. They easily match the Adidas Ultraboost STs in the looks department.

And now you know the whole truth about the Adidas Ultraboost ST. As you can see, the talk about these particular shoes is anything but hype. Of course, you have a couple of downsides, like the weight, and for some the cut of the heel. Again, though, these things were not a deal-breaker for anyone who tried the shoes. If you are a runner, and you are looking for the best running shoe on the market, now you know which ones you need to buy.